Back to Our First Love 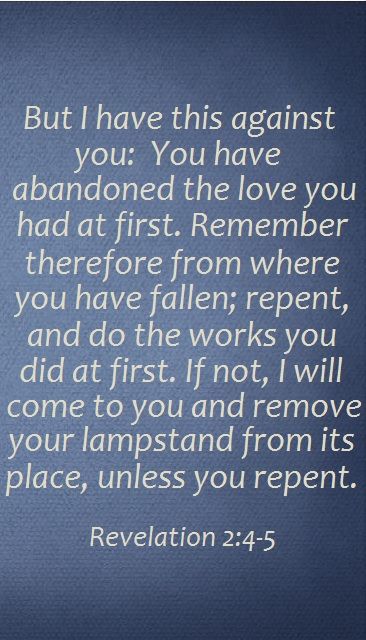 The church at Ephesus began with believers who were on fire for Christ. Unlike many of Paul’s letters to churches, he didn’t write to them to correct issues they were having; he wrote to them to encourage them to continue doing things right. The church was filled with the Holy Spirit, but it drifted from its passion and first love over time. The believers in Ephesus had worked hard and persevered. They stood against heretics and false teachers and teachings, but things have changed.

Along the way, the church lost its focus on the first things. They were doing all of the right things, but the people were doing it without the fire for Christ they had in the earlier days of the church. The people were no longer filled with the Holy Spirit. They were still doing the right things, they were teaching correct doctrine and turning away from and exposing false teachers, but things were different. Their relationship with Jesus wasn’t what it once was; they had left their first love, they needed to return to the first works, a relationship with Christ.