Submission Instead of Takeover 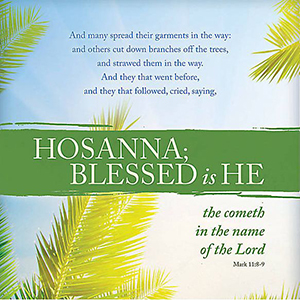 Psalm 118:1-4,19-29
Mark 11:1-11
Last week I talked about how Jesus must have felt. He knew what the crowds singing to him and honoring him thought they knew right then. But Jesus also knew that they were soon going to turn against Him. Somehow, the crowds would do a 180 and the adoration they held for him right then would turn to disdain and even hate.
Jesus wasn’t who they expected him to be so they turned their back on him.
The excitement was high when he entered the city for two reasons.
One – He performed miracles. Just before he arrives in Jerusalem he had raised Lazarus from the dead. You know word had gotten around about that. Two – They saw him as one who could make their life better. By freeing them from the political oppression of the Romans.
But, when he came, his focus wasn’t on performing miracles for the people, it was on teaching them. He teaches them mostly on submission and commitment and that wasn’t what they wanted to hear.
They wanted to hear about how he was going to make their lives easier, how he was going to get rid of the Romans. But that wasn’t what he was telling them.
He talked about submission instead of takeover.
Jesus is wonderful when He’s performing miracles and making life easier, but it’s a different matter when submission and commitment come into play.
Sermon Audio